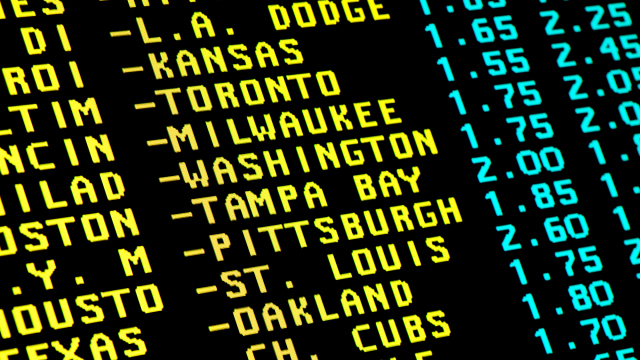 The week 5 lines have some good teaser candidates. Lets have a look at some close games and market over reaction. There has already been some line movement in the first half of the week.

Washington Redskins +3.5 vs. Baltimore Ravens -3.5
This game takes place in Baltimore. The Ravens are coming off a 1 point loss to Oakland which makes them 3-1. All four of their games have been decided by seven points or less. The Redskins are coming off of a win at home vs. Clevland to make them 2-2. Two out of four of the Redskins games have been decided by seven points or less. This should be another close game. The Redskins have been able to get points on the board but have had issues on defense for the Ravens it is the other way around. This line was as high as +4 on the Washington side.

Atlanta Falcons +6 vs. Denver Broncos -6
The Broncos have a strong defense and are coming off a 27-7 blowout of Tampa Bay. Atlanta is coming off a major 48-33 upset win over Carolina. The Atlanta offense has been on fire and will face the tough Denver defense. This should be another close game. The line has moved from +5.5 to +6 on Atlanta.

Cleveland Browns +10 vs. New England Patriots -10
The Browns are coming off a loss to the Redskins. They had the lead but could not hold it and they also could not get things together for drive at the end of the game. There are still question marks all over the Cleveland team and it is going to be tough for them to cover a ten point spread. The Patriots are coming off a shutout at home! This is perfect bounce bank game for New England and it could be a real blowout. The spread has moved from -10.5 to -10 on New England.

Detroit Lions +3 vs. Philadelphia Eagles -3
I am still not totaly sold on Detroit. They could not score a touchdown last week but did manage to cover if you had them in a teaser. The line has moved four points only based on the Lions performance last week since the Eagles had a by-week. From -1 to +3 on the Lions is quite a move and throwing that in a 7 pt teaser is what I am going to do based mainly on the over reaction. Look for the Lions to bounce back and be tougher than people expect.

These are all ties push teasers

Intertops is offering better odds for teasers compared to 5dimes.
For example 2 team 6pt teaser -110 vs. -115 or a 4 team 7pt teaser +250 vs +200
If you use Nitrogensports make sure to use half a point more when possible because their teasers are “Ties Lose”